I fly-fished at Copper Creek Lake from 4pm-5:15pm.

It was a really nice sunny day, temps in the low 70's, reasonable breeze.  Two other people were fishing when I arrived, and they soon left without catching anything.

I used microjigs under an indicator.
These are the ones that were working best:


I only used one microjig at a time, but I went through 4 or 5 because I was getting snagged up on a brushpile. Throughout the fishing time, I also had to stop and retrieve my jig out of the trees behind me. Occasionally when I set the hook, there would be no fish there, and the microjig-and-indicator would come flying up out of the water and lodge in the trees. Sort of embarrassing, but at least it was because I missed a fish.


I was pleased with the fishing. I caught 10 nice Crappies ( 10"-12"; a mix of White Crappies and Black Crappies), 3 Largemouth Bass, and 2 Bluegills.  The Crappies were healthy, chunky fish, and really fought well! 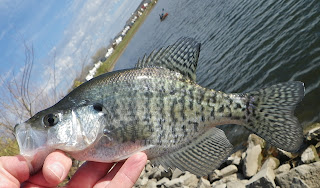 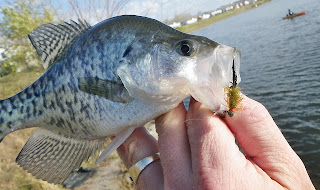 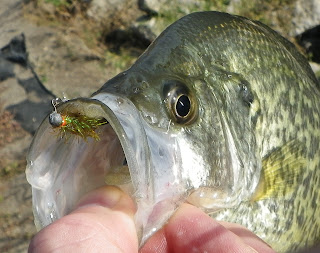 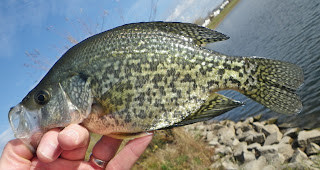 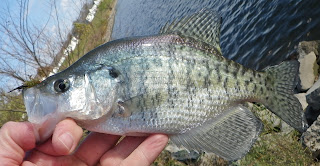 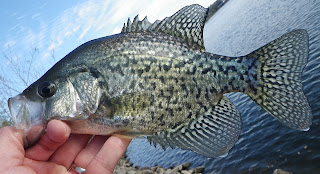 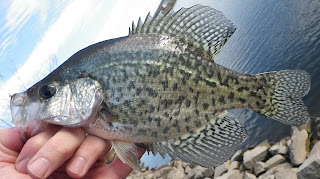 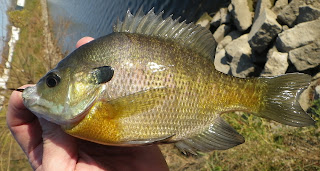 A couple of times I caught fish just as there were parents walking behind me with there young children.  I'd hear them say, "Look, that man just caught a fish!"  So, I'd unhook the fish, set my rod down, and walk over to see if they wanted to see the fish.  The first child was in a stroller.  She just sort of grunted and looked a bit scared of the fish.  The second child was walking and talking.  She touched the fish, and when they went on their way, I could hear her repeatedly exclaiming loudly (and proudly) that SHE had just touched a big CRAPPIE!﻿  She obviously thought that was pretty cool! :)
at October 24, 2011