My PB Iowa Crappie on Fly

My buddy Jay surprised us both when he caught a chunky 14" White Crappie while flyfishing a local public pond on March 28, 2020.  A surprise, because it was probably an inch longer than any crappie we'd caught there previously over the years.  It was a really beautiful fish! 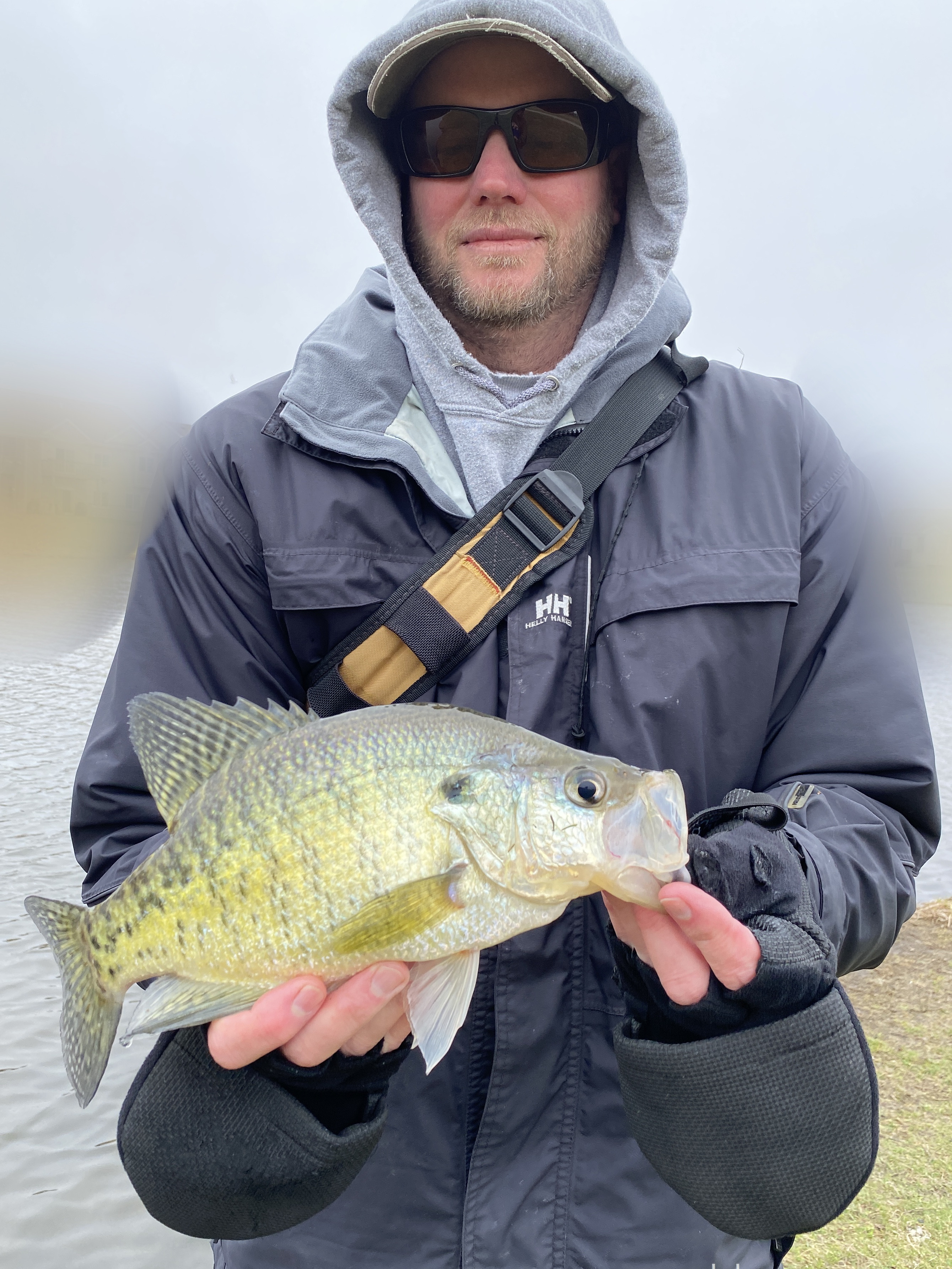 On April 1, 2020, I was flyfishing that same pond, solo, late in the evening.  Fishing was very slow, I'd only caught something like 1 small bass, 2 crappies, and 4 bluegills.  And then not far from the location where Jay hooked the 14" crappie, I hooked a big crappie.  After seeing it was a white crappie, I had visions that this was probably THE EXACT SAME FISH that Jay had caught...and how cool that would have been.  But then I measured it...my fish was an inch longer...15"!  To me, it also seemed a bit thinner than Jay's crappie.  Still, a beautiful fish!

My biggest crappie measured 16" and was caught in Illinois.  So this 15" crappie is my biggest in Iowa, and my biggest on a fly rod.  Caught on a 1/80th oz chartreuse microjig suspended under an indicator. 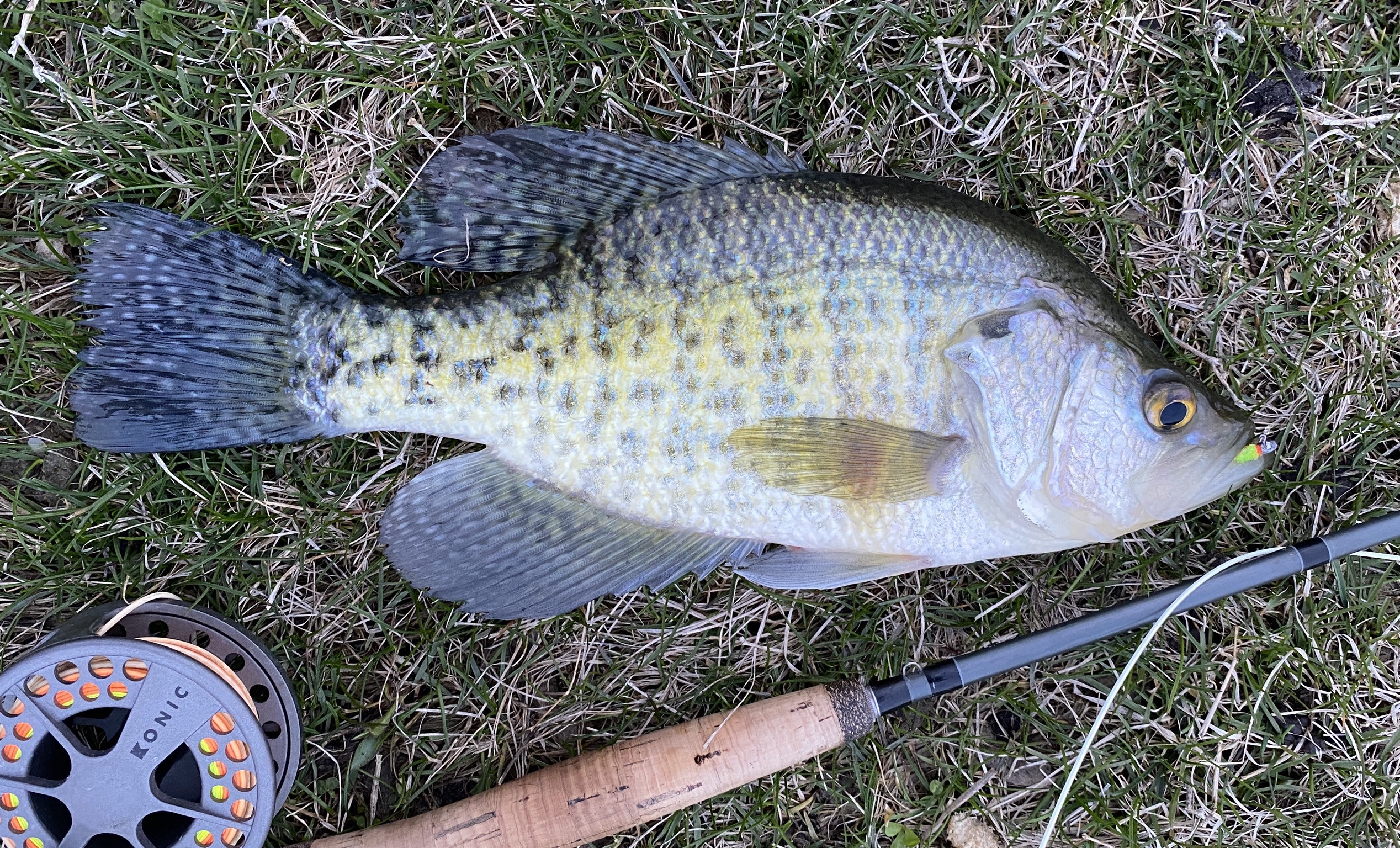 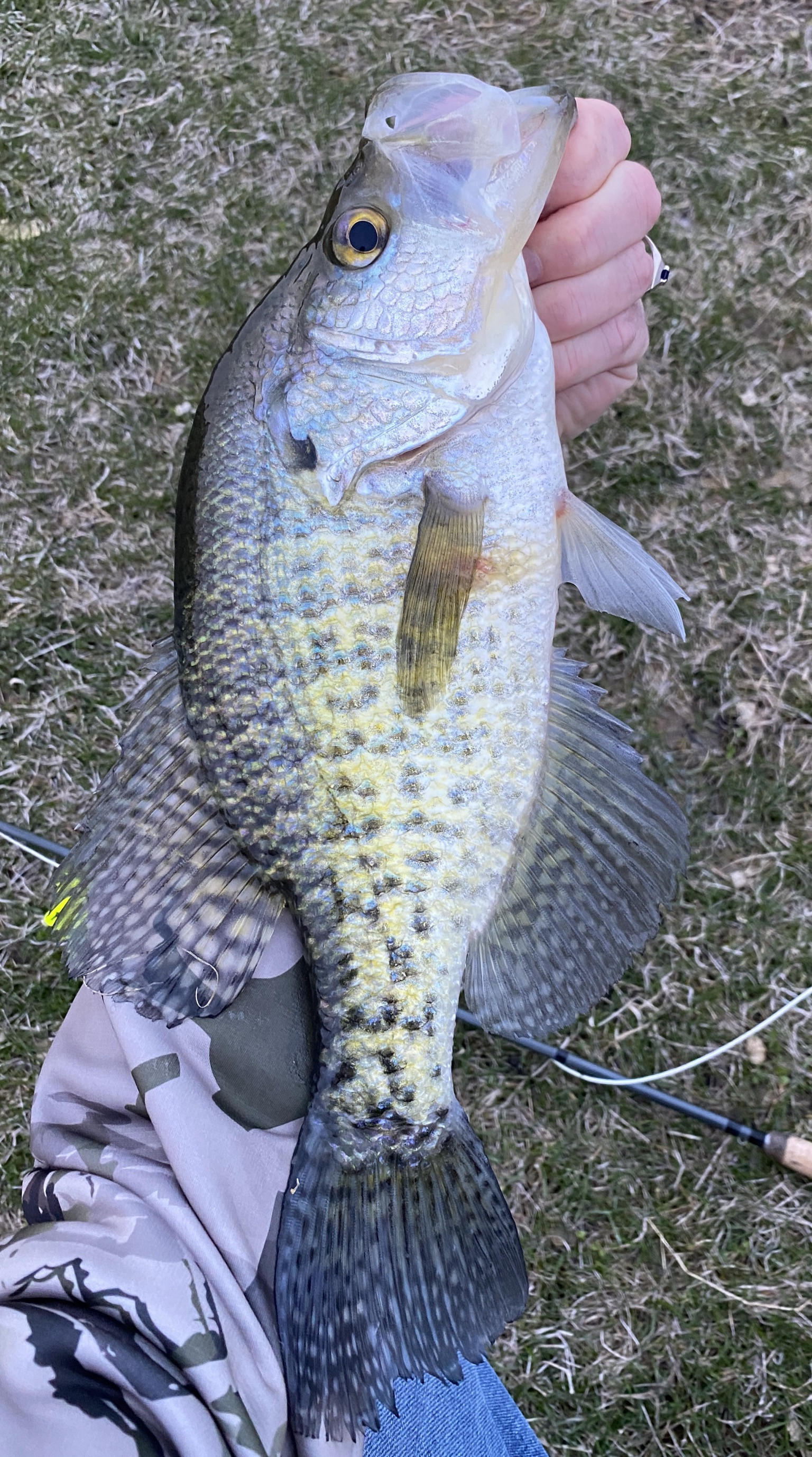 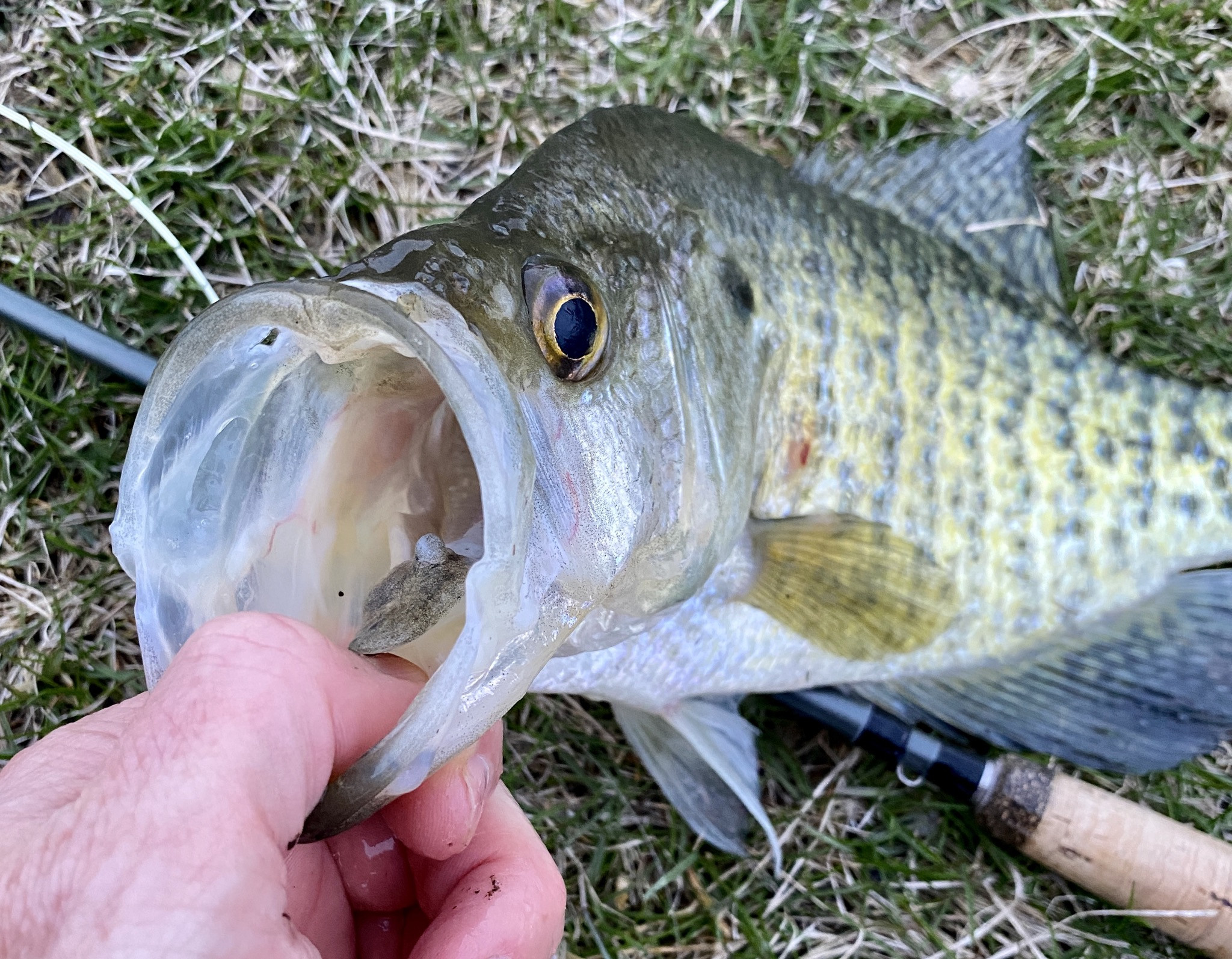