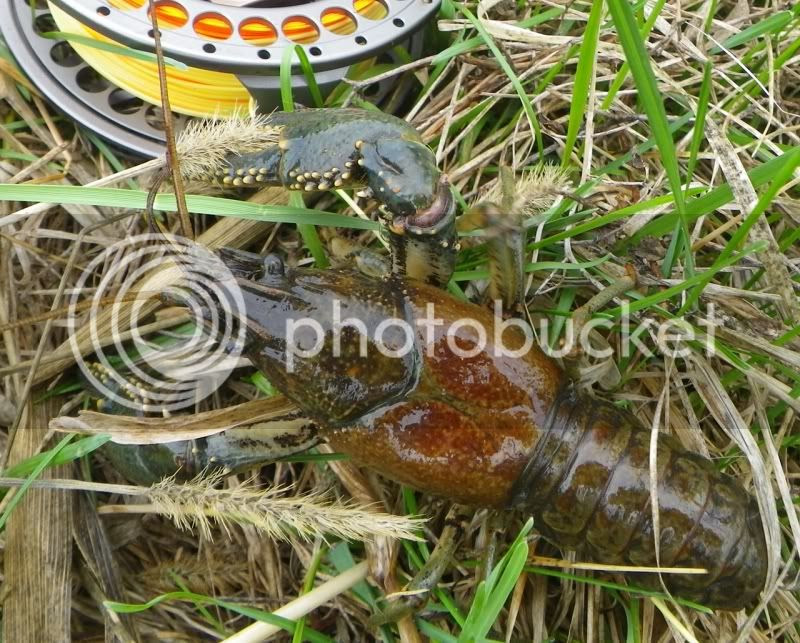 Confession....I have only used crayfish fly patterns a couple of times.  The first time, a large fish broke me off just a few seconds after the hook-set.  Crayfish are a great food source when fish can find them, so I keep looking for better patterns to tie...with plans of eventually fishing them. 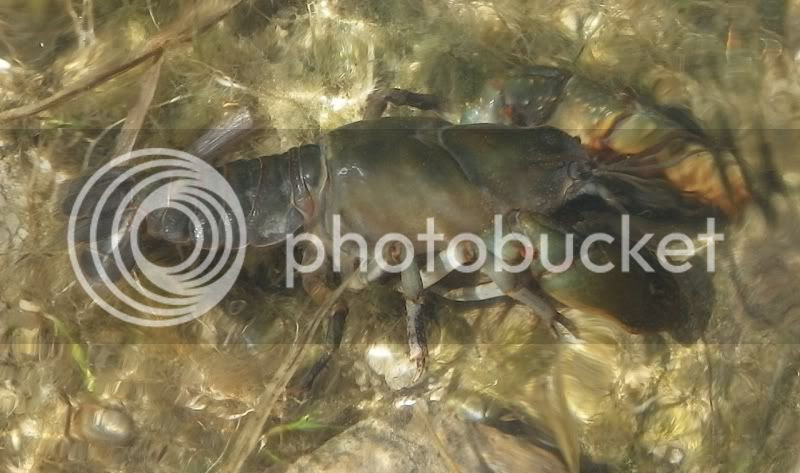 Last week I was searching the web for fly patterns for Largemouth Bass, and I ran across a pattern that REALLY caught my eye.  Although the colors are different, as near as I could determine that pattern is called May's Clearwater Crayfish.  I couldn't find a recipe or tying instructions, only pictures on the Orvis website, where they are sold.  Here's a screen capture of the one that I saw in a video that originally caught my eye (its the one on the far right): 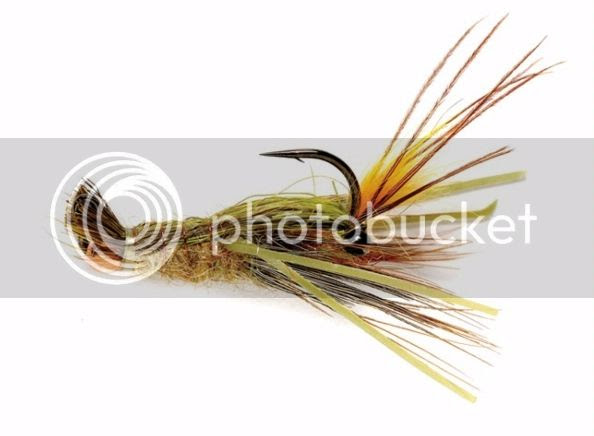 I did the best I could with trying to figure out how to tie the pattern, and made some material substitutions.

Although the pictures appeared to use a 60-degree jig hook, I used Mustad 32756 90-degree jig hooks.  The first one I tied on a #4 hook.  I made my own eyes for these.  On this one, I used Turkey as the carapace. 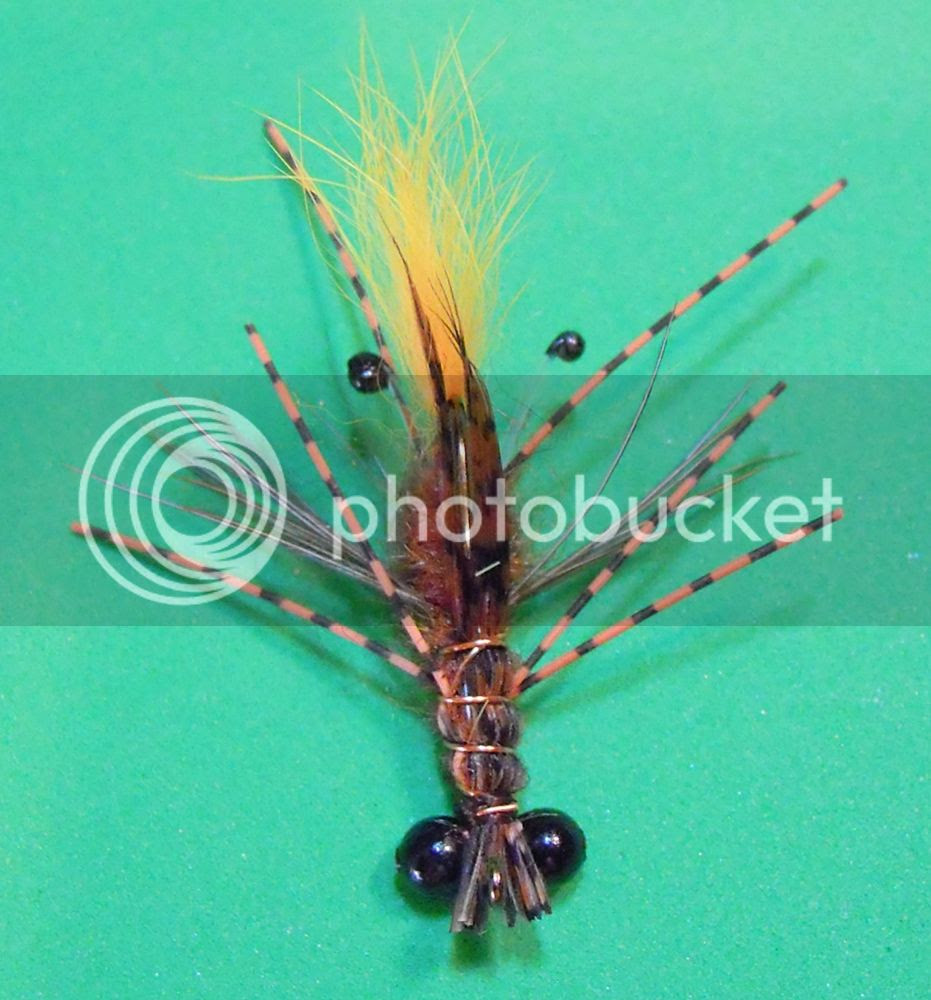 Really doesn't look much like the original.  Hey, it was a first attempt!  :) 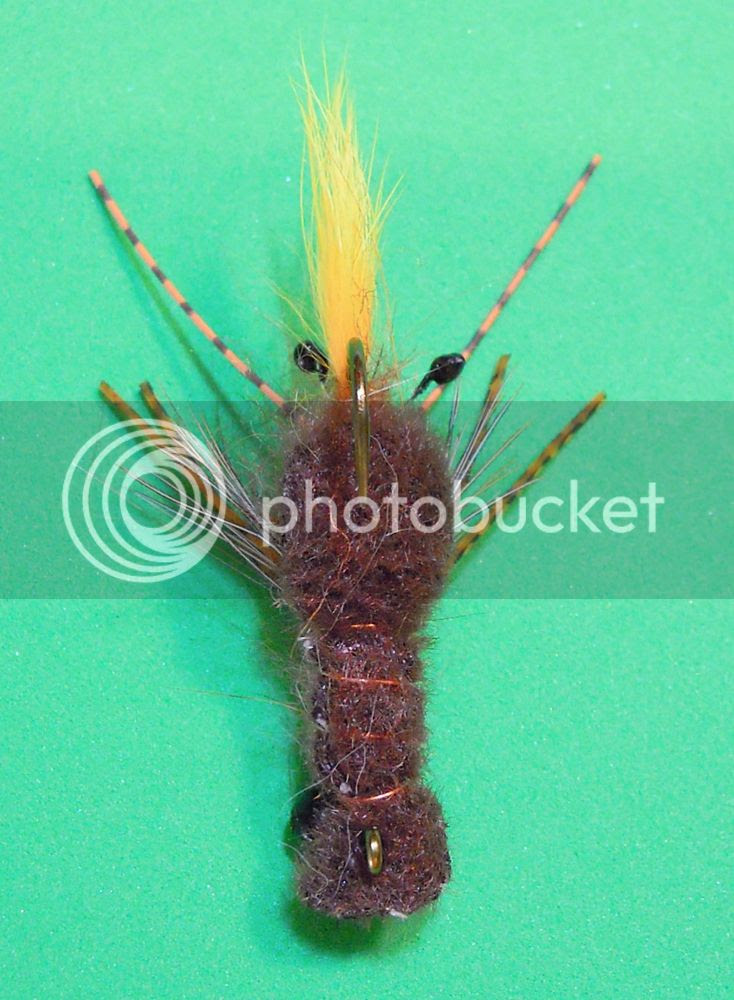 I tied up a 3rd one, also on the #1 hook, and once again I used Turkey for the carapace: 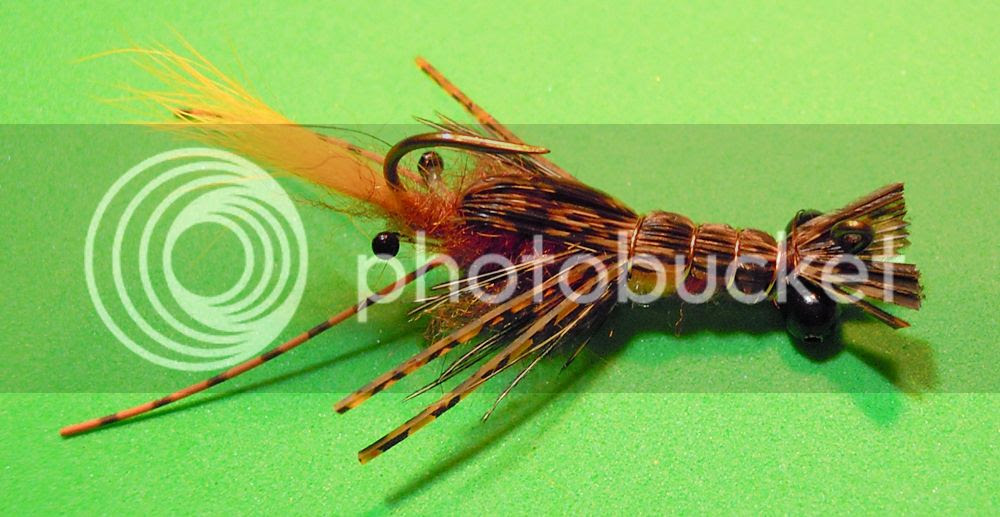 I compared the last two: 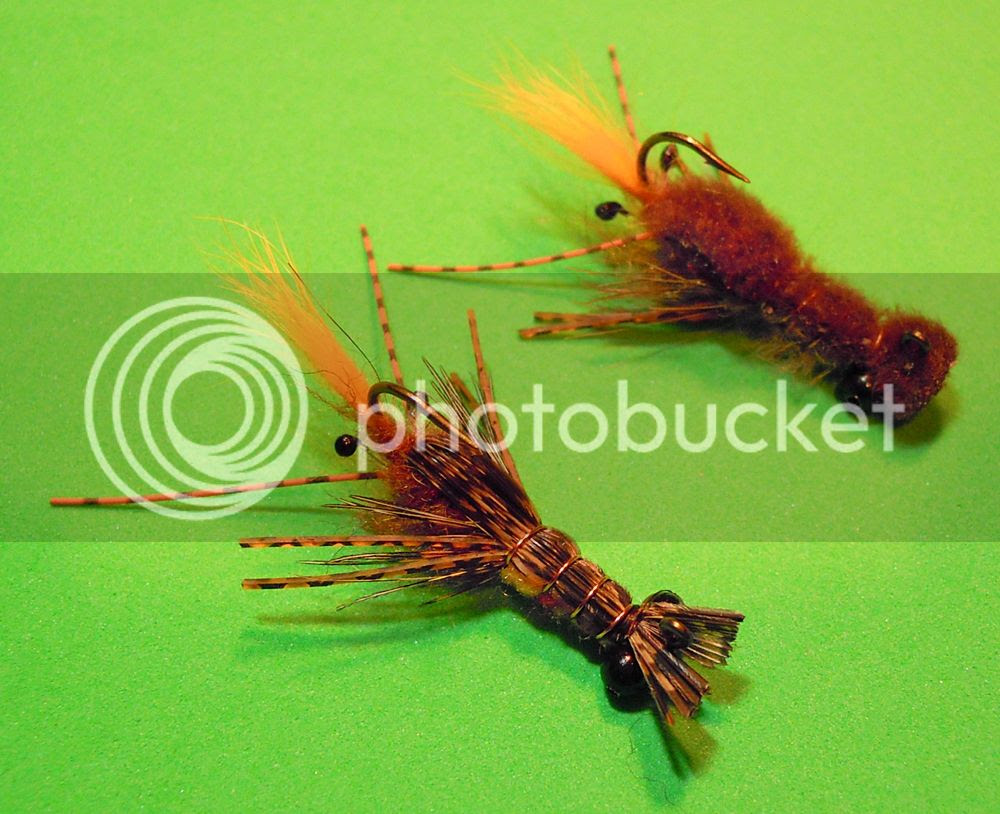 I like them both.  The Fuzzy Fur is easier to work with, and a softer feel for the fish.  But I like the mottled color of the Turkey carapace.

Here's a comparison of those crayfish (which as you may have noticed do NOT have claws, but are still unmistakably crayfish), and some of Missouriflies.com "Rough Dub Crayfish" that I tied (if they don't look good, its my fault).  My Rough Dub's are smaller in overall size than my May's Clearwater's.  The Rough Dubs also have claws, and are MUCH quicker to tie.  I like them, too. 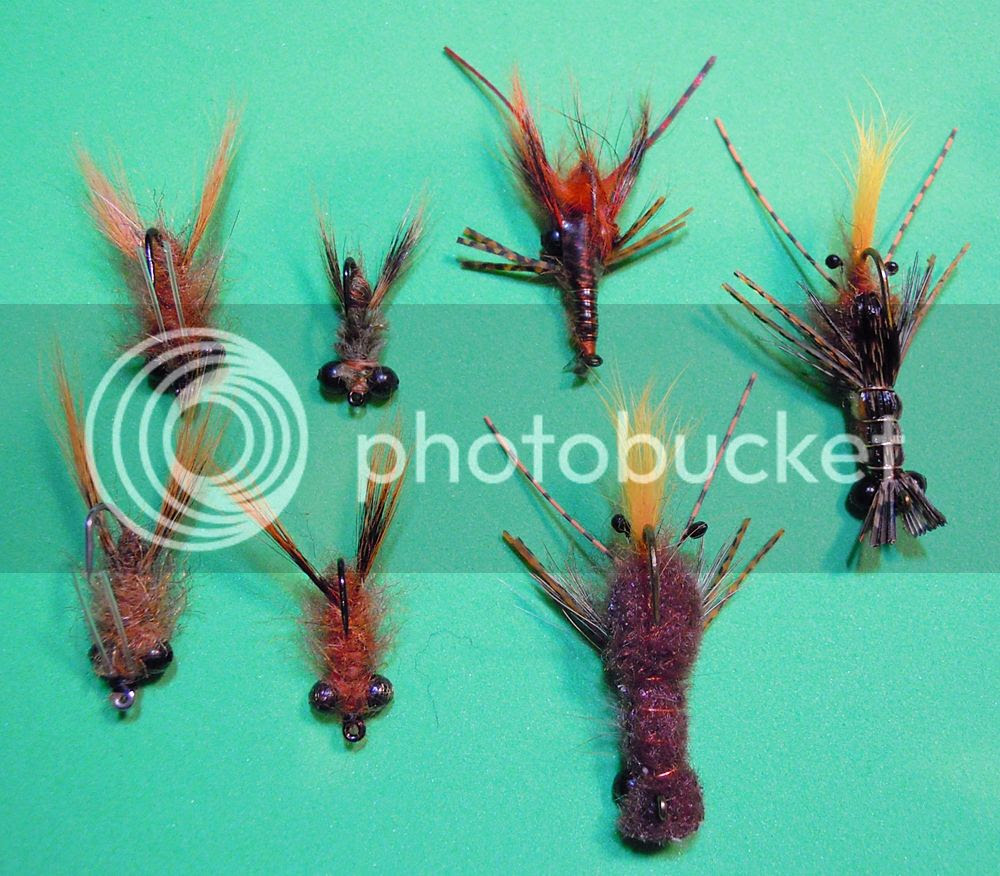 I'd still like to figure out how to tie them so they look like the one on the right side of the 3rd picture in this post.  For now, I like the May's Clearwater AND the Rough Dub crayfish patterns....so I guess I will keep tying a few of both.  And then hopefully I can try them out on the fish later this year!
at March 04, 2013