My buddy Jay and I headed to Big Creek Lake on Sunday morning.  We fished from 8am to 2pm.  Weather was decent, mostly cloudy and high temperatures in the lower 20's Fahrenheit.  Ice thickness was a solid 12" of quality clear ice.

Jay used his handheld GPS to locate an old brushpile.  We drilled several holes in the area before locating the brush, then drilled more holes to cover the length of the brushpile, which topped out near 12' of water, and was placed on a slope that dropped down into around 27' of water.

I fished a great hole, and the fish were active.  I had plenty of good solid strikes on jigging spoons tipped with plastic, and tungsten jigheads tipped with plastic.  I could not hook any of these fish!  At most, I had fish on for less than 2 seconds, or two feet of vertical reeling, before they shook free.  It was fun to be getting so many strikes, but frustrating not be able to land any of them.  Jay used a jighead and waxworm, and landed a half-dozen bluegills, mostly chunky 7.5"-8" fish.

The bite died there for both of us...the fish seemed to just disappear.  So, we headed across the lake to look for some other fish.  The first think I noticed was that the water clarity on the west side of the lake was excellent.  I could see my jig down at least 10'.  We drilled a lot of holes, and found some good-looking structure, but no fish.  We drilled some holes in featureless areas, and actually saw some fish that would move in, and quickly move back out again.  We suspected these were White Bass, which can be a lot of fun to catch while ice-fishing.  I used a jigging spoon tipped with plastic, and Jay used a jigging spoon tipped with a waxworm.  I caught two White Bass, and missed several other good strikes.  Jay landed at least 3 White Bass, before these hyper-active fish disappeared.  My biggest White Bass measured 10". 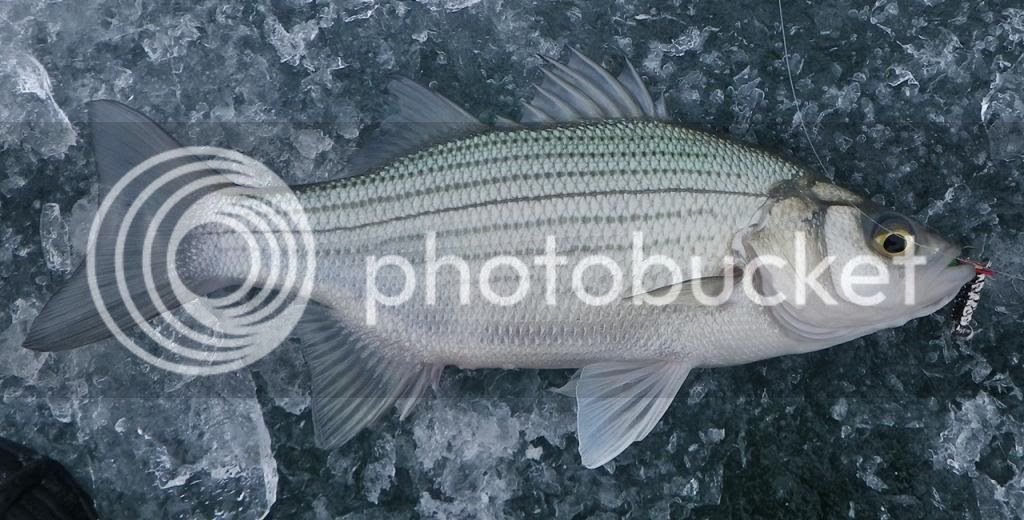 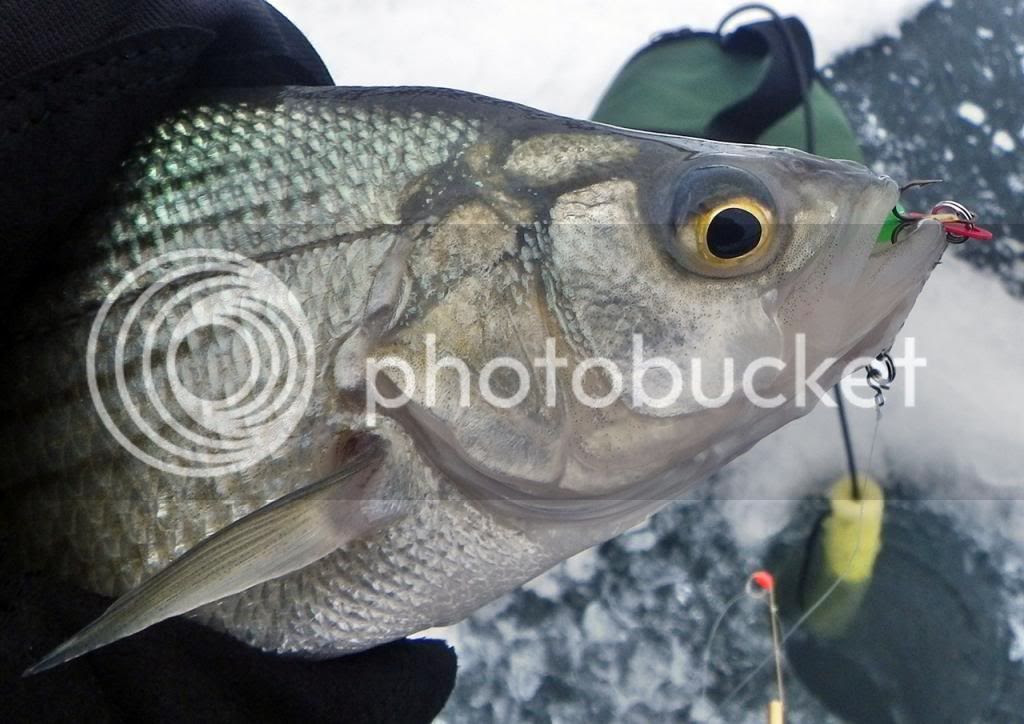 Before we left, we stopped by the brushpile where we had started the day, to see if any fish had shown back up on it.  I didn't find any fish, but Jay managed to catch one or two more nice bluegills.