First time out flyfishing since flyfishing in Arkansas the previous weekend.  The creek is backed up and muddied from the Missouri River being high.

The weather was hot!  I was only out a few hours, and by the end I was huffing and puffing, nose running, dizzy.... heat stroke again, I think.  Everyone be safe and drink lots of fluids when its hot out!

I ended up catching 2 Grass Carp:\ 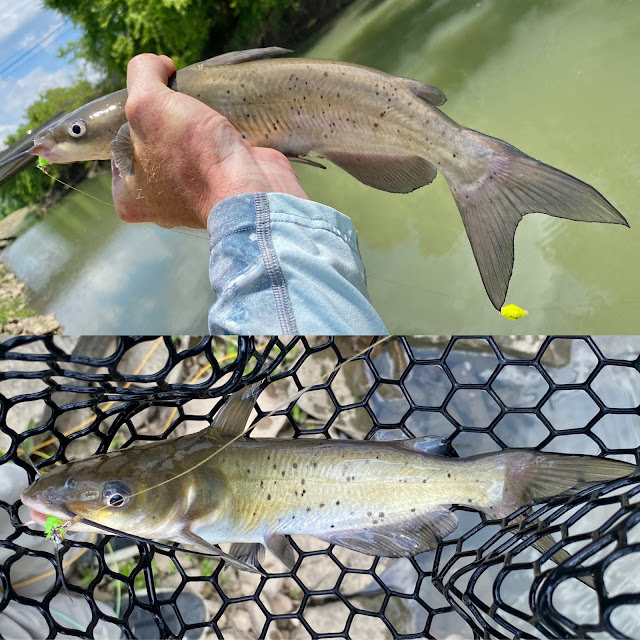 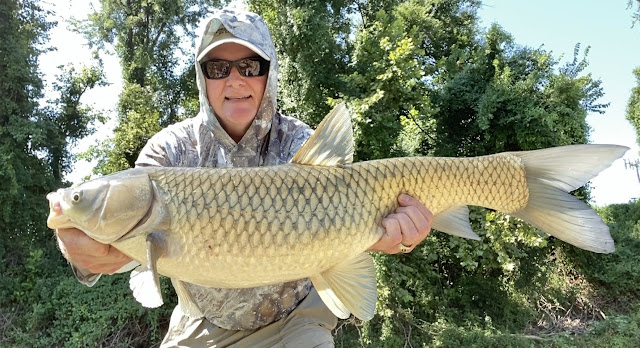