My original post on Encounters with Nature was fun to put together: http://fishndave.blogspot.com/2013/10/encounters-with-nature.html .

Approximately 3 years later, I've got some additional encounter pics to share.  Many of these were included in blogged fishing reports here, but I wanted to compile them into their own blog entry.
Many great encounters involve wildlife, as in the original post....but some cool encounters might also involve plants, weather-related phenomenon, or sunrise/sunsets.  I've included some of those here as well.
Seagull:
I always figured snagging/catching a seagull was bound to happen at some point.  Seagulls will dive-bomb lures, or fly overhead when you are casting lures.  Well, one evening I was wading a shallow flat of a local reservoir, tossing a topwater lure for White Bass.  2 Seagulls had already tried to drop down on the lure and snatch it from the water.  The third one was quicker than I gave it credit for, and it managed to outwit my manuevers of "keep-away".  It caught the lure.  It really could have gone MUCH worse from that point.  But after a few wing flaps, it alighted on the water and calmly allowed me to pull it in, where I used needle-nosed pliers to grab the hook and free it from the gull's beak.  It was not in past the barb, and was not in any fleshy area.  After freeing it, it simply flew away.

Geese & Ducks:
Geese and ducks LOVE my local public ponds.  Some are so overrun by them, you can't take a step around the pond without stepping in their poo.  They muddy the pond waters horribly.  Their poo contributes an amazing amount of fertilizer to the ponds, causing algae blooms that last most of the open-water season.  Geese especially are sometimes extremely loud and obnoxious when all the angler wants is some peace and quiet.  I like 'em....and yet they are something of a nuisance in this situation.

I even hooked a duck this year that swam over my line.  It was horrible!  It was a female, and once hooked, a group of male ducks swarmed her and began doing what male ducks do to female ducks...as I tried to use my line to pull her away from them.  It was several minutes of absolute mayhem....feathers flying & flapping wings everwhere!  The hook finally came loose.  I was mortified at what had just happened!

Redwing Blackbird:
These birds can be very protective if you get near their patch of cattails!  They will ruthlessly dive-bomb you, raise heck, and even hit you.  I ignored this one, but it finally got brave enough to tap my on top of my hat....so without looking up, I pointed my fly rod straight above me and made some slow circles in the air.  The rod gently bumped the bird still hovering over me, but that bump seemed to discourage it from bothering me further.  No need to be mean to the bird, right?

Cliff Swallow:
In keeping with the bird theme...I blindly "lassoed" a Cliff Swallow out of mid-air during a backcast while flyfishing.  Only the line was around the bird, the hook did not catch it.  It flew away just fine.

Other Birds:
I forget now what I determined this to be...Dowitcher?....but its the only time I've ever seen one in Iowa.  Must have been migrating through?

Deer:
Deer are generally good about keeping their distance.  Its always nice to see them out and about when I'm fishing.

Bugs:
Of course there are the pesky, annoying bugs like mosquitos and biting flies that hang around near water.
Definitely a very personal "encounter with nature" each time.  But who wants to photograph those?
So here's some of the more interesting insects might see when enjoying the great outdoors.

Brood III of the 17-Year Cicadas: 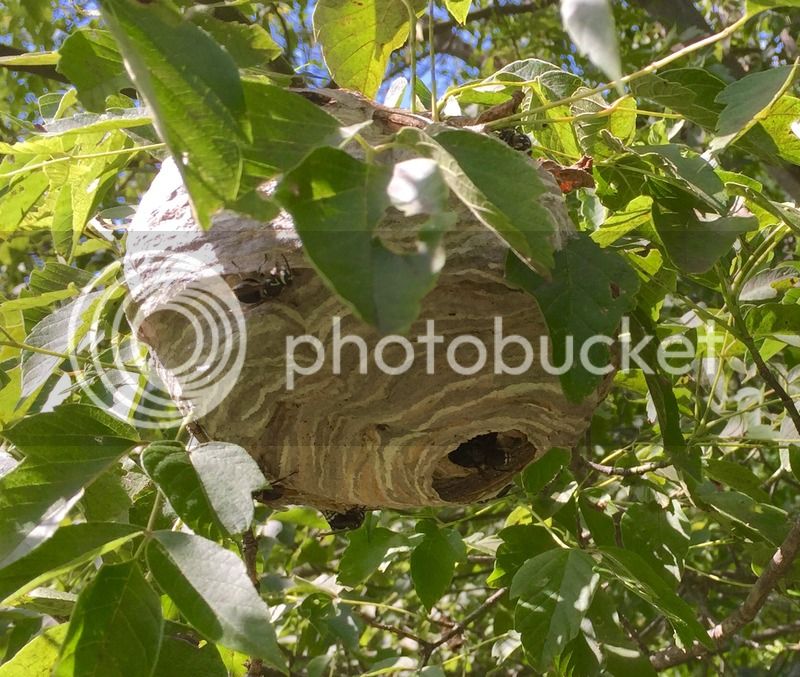 Sunsets and Skies:
I'm rarely fishing before sunrise these days.  But I frequently fish beyond sunset.

Mink:
I see these occasionally around the ponds.

Email ThisBlogThis!Share to TwitterShare to FacebookShare to Pinterest
Labels: encounters with nature