I love it when my expectations are exceeded.

I didn't have high hopes of catching much of anything...IF anything.  But, I headed out to see what was what at the lake.  I ended up fishing from  about 6:15pm-9pm.
I had a spinning rod and a fly rod with me.  First stop, I did a lot of casting.  I finally had one hit, which turned out to be a really nice 15" White Bass: 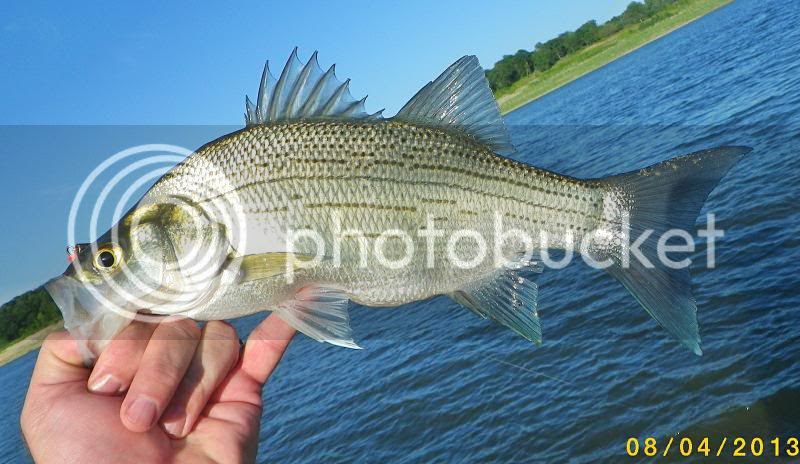 Apparently he was all alone, because I didn't get anymore.
So, I started slowly walking up the shoreline hoping to spot some carp in the shallows.  I saw one.  I got my fly rod ready, I made one cast.  Well, I put the fly in the water about 3 times before I was satisfied and actually started a retrieve.  I couldn't see my fly, but saw the carp turn and nose down about where I suspected the fly was.  My line tightened, I set the hook and FISH ON!  I tell you, times like that make you feel like a HERO.  After all the times when the fish ignore my offerings...or I just never spot the fish before they spot me.  It isn't easy...but sometimes it FEELS like it is!  :)
Anyway, I landed the carp after a nice strong battle.

I didn't see anymore carp after that, except a few that took off away from shore before I ever spotted them.
I switched back to spinning gear and continued fishing for whatever would hit.  I was joined by my buddy and his wife.  I ended up catching 4 Largemouth Bass up to @ 16", and one surprise Bluegill.  We saw fish crashing schools of shad near the shoreline, within easy casting distance.  Only a couple fish were caught by casting to them, though.
The ending was a nice sunset. 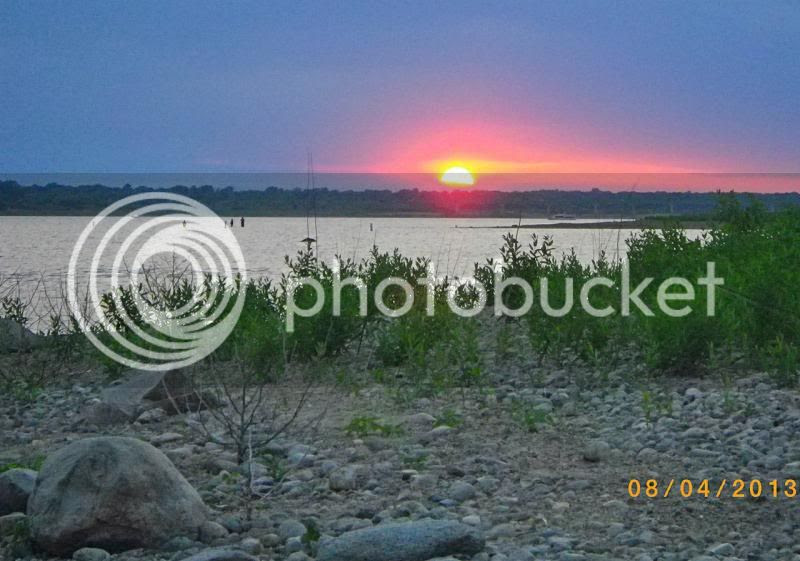